Help for heroes bear BBQ coming up, get in touch or even come down to Methil Sea Cadet unit. MAJOR RECRUITING day ahead, get a burger, bun, chips, drink, socialize, thrift shop and any information you would like about both the armed Forces or even the Air Cadets. 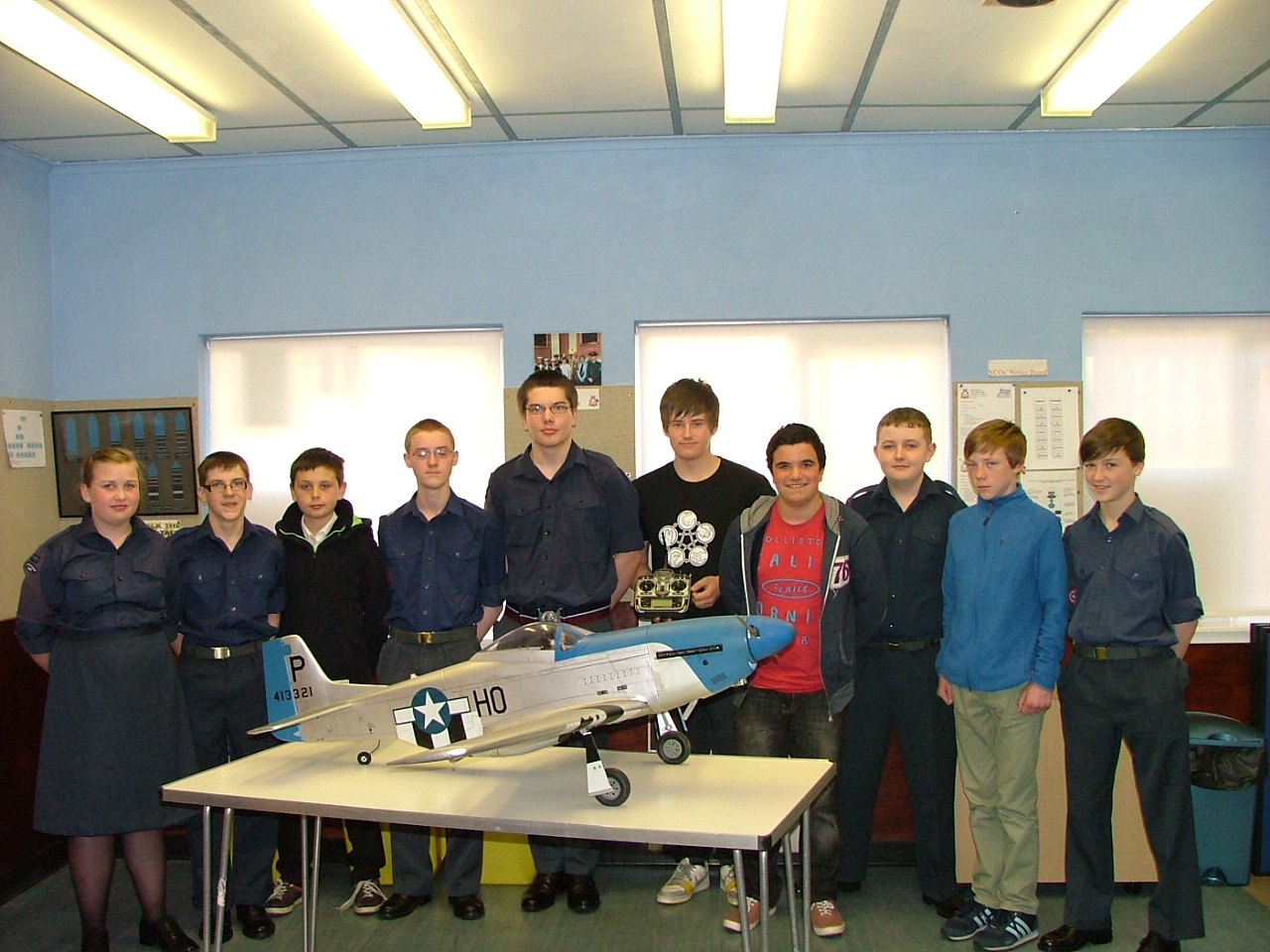 Recently 1370 (Leven) Squadron had a visit from a member of the public talking about the Mustang fighter plane. He spoke about the history of it in fife, along with the stories behind the plane itself. It was an excellent night, definetly one for the books. we hope to see him soon for an astronomy chat  in late September.

Cadets getting hands on experience for their HeartStart Qualification tonight, tonight EVERY cadet from our squadron will be fully trained on CPR

1370 ATC on parade this morning for remembrance service. A great turn out with all uniform of a high standard. All drill together and on time. Receiving high praise from all of the on lookers. Well done to all cadets

The attached letter is a message of thanks from Air Officer Scotland for all the excellent work supporting the Leuchars Airshow.

Cadets were busy tonight as they were involved in a training excercise for Cpl C Pentland to help improve his leadership skill with the use of SMEAC and FALA. They constructed a tripod which had to suspend a tyre.

On the 28th of July, two cadets from 1370 (Leven) Squadron went live firing at RAF Leuchars. Cpl Pentland and Cdt MacDonald thoroughly enjoyed the experience. Cdt MacDonald walked away with a squadron marksman which she is extremely happy with, hoping to improve foe the next time. Cpl Pentland had a disadvantage however, as he discovered he is left eye dominant which affected his performance however, he still enjoyed the day none the less.

On Saturday the 20th July, I left home for a 9 hour long journey to RAF College Cranwell. When I arrived, I was not prepared to be thrown in the deep end. But I was reminded throughout the week that "this is a course, not a camp." I was petrified but I knew that if I stuck in I would feel the benefits. We had to write down any important information that we saw was relevant from the briefing and then we had to stand in front of a our course Flt Sgt and Sgt. We then had to answer questions about what we had taken down. We were then told that there were no ranks throughout the week so we had to wear ACLC tabs on our uniforms. However, we did get a free t-shirt and water bottle which is awesome.The water bottle became part of our week long adventure, as it cane EVERY where with us as it was peaking around 40 degrees.

Once the introduction was over, I had to quickly change into my dark blues to go to dinner. I knew nobody so it was quite comforting that everyone was so nice. After dinner, we had our camp brief with the usual formalities of when there would be room inspections, when we were to go to the Junior Ranks Mess (JRM) and where we would find the daily programme. We were all split into 6 flights, A B C D E + F, so after the brief we went to go and meet our flight commanders. During this we had a revision session on how to navigate and how to use a map as we would need this the next day.

On the Sunday, we had our mile and half run at half past 5 in the morning! It was horrible but I managed it well. We then went back to change quickly into our blues for drill before breakfast at 6. We were all introduced to our camp mascot. We had to look after him all week as it showed our performance as a camp. A flight got it first so they had the responsibility to look after him and dress him correctly. After breakfast, we all got ready for the Singleton Walk. This was where we were dropped around 35km away from RAF College Cranwell and we had to walk back. The aim of the walk was to get to know everyone in our flight. My flight managed it well and we completed it well within our time limit as we came 1st. That night, we had a refresher course on how to use SMEAC.

The following day, we went into Phase one. This included simple tasks that allowed us to use our basic knowledge of leadership and SMEAC to give our briefs and to finish the task. We also learned how to have a proper debrief and how to do it in FALA (Functional Approach to Leadership Analysis) terms.

The following day we moved onto Phase two. These were slightly more complex tasks on a slightly larger scale. We were bombarded with more information and how to give a brief with more details. We were also given more acronyms like P.I.C.S.I.E. and K.I.S.S. The Tuesday night then included the mid week interviews. I was worried in case I hadn't passed so I wouldn't go through to Phase 3 but luckily I did. That night was then spent packing for the two days out in the field.

The Wednesday and Thursday was phase 3 where we spent the two days out camping. Over these two days, I was the flight leader so I had to make sure D flight was on time to everywhere we went. The first night we camped out in proper tents and the days included longer, more complex and large scale tasks. By this point, the flight commanders expected us to be able to give an effective brief, to be able to stand back and re-appreciate the task as it went on. We got ration packs to eat which were actually pretty good for our meals. The best part of the week was the Thursday night as we stayed out in bashas. I only enjoyed it as it was something completely different and I had never done it before. Thursday afternoon and night also involved Top Dog. This was physically demanding as we had to run pretty much for the whole thing.

The Friday was our last full day. We had our end of course interviews where would have found out if we had passed or not. The course commander broke it to us before them so we all knew what to expect going in. We also had our final drill session before our graduation parade. We went through the ceremony several times to make sure that we knew what we were doing and that we were doing it perfectly. The event that we had all been looking forward to came along, the social evening. This was spent in a room that the staff had organised for us all. I don't think I've ever laughed so much in my life. We all naturally sat in our flights as we had all become good friends with each other.

Our final morning was the graduation parade. Air Marshall Nicol handed out our well deserved badges and the award for the best flight and best cadet. After the ceremony, everybody was on a high as we had officially completed the course. However, everyone was sad as we all had to go home. Everyone had become such good friends and many of us lived quite far away from each other. The usual of phone number trades occurred before the bus arrived to take those getting the train home to the station.

ACLC was one of the best courses that I have ever done and I honestly didn't want to come home. Although I found it tough at the beginning as I knew nobody, by the end it was hard to leave. I would certainly recommend this course to anyone in the Corps over the age of 16 as I feel that I have benefited from the course both at cadets and in life.

4 Cadets and 2 staff members attended Glenrothes Morrisons Yesterday to help the local customers pack their bags to raise money for squadron funds that will go towards, hopefully, new radio handheld kit. The cadets started off with high spirits and continued to thrive throughout the day with smiles on their face as they greeted and chatted to consumers of the supermarket. The bagpacking went excellent yesterday,raising almost £600 for only 6 hours work, amazing stuff!

The Squadron will be on active standown as forth from the 1st July to the 15th July. Ensure, cadets, to check your email and keep up to date with Drill etc. See you guys when we return, blues first night back for squadron Standown.